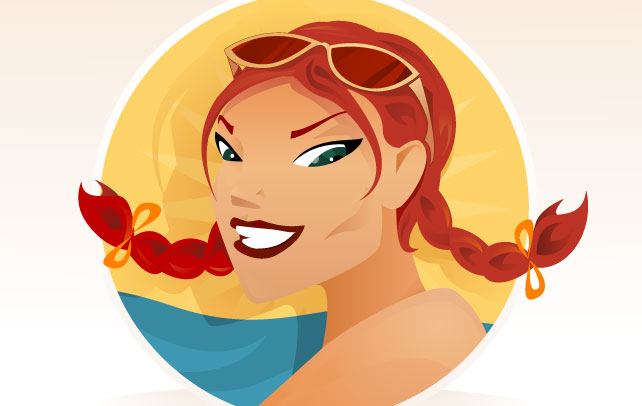 So you have been smitten by a Cancerian; we understand your concern. Cancer, the fourth sign of the zodiac family, is also probably the most ambiguous of them all. Their complexity, fragility, and unpredictability make them the ‘Mysterious Ones’ of the lot, and as a result understanding them becomes a task in itself. Save the troubles though, for the task is ours’ and we’ll do the best we can in untying this seemingly impossible knot. Let’s begin with it then, shall we? Here we go! Astrologically, it is believed that their traits, sometimes, touch every human emotion possible and that makes it a lot harder to read them. Still, a traditional evaluation exists, according to which they are considered to be emotional and loving, intuitive yet full of caution, high on imagination and astute, extremely protective and caringly sympathetic. But on the flip side, they are also considered a tad moody, sometimes overly sentimental, and often clingy—unable to let go. However, it is not as disheartening as it sounds. With a little effort on your part and unbiased understanding, they can become the best of pals, loving and caring partners, and wonderful mothers—as the popular opinion goes. Read through the following section of what you need to keep in mind if you want to go on a date with a Cancerian.

Show Appreciation And Concern Appreciation and support from others brings out the best of friends in Cancerian men. Don’t refrain from letting him know what you appreciate in him and you’ll be in for a treat. Nurturer of the zodiac, as they are known, will do their best in making you feel loved and cared for. The best way to go about it is let him treat you with niceties and take things as they come. If he wants to cook for you, let him; if he wants to take you out t6 some place he thinks will make you feel good, let him. It is the unspoken way in which he will accept your concern and considerate feelings.

A Quiet Evening Fundamentally, Cancerians are conservative and home-loving in nature. So, the best way to go about your date is to plan for a quiet evening at home, yours or his, or a soothing restaurant minus the hustling-bustling crowd. It’s not that Cancerian men are not social; it’s just that there are times when they can be social when it needs to be done, and times when they will be outright homely and reserved. Also, if staying at home, it’s best if you cook for him; it will be taken as the sign of sincere affection on your part. However, it’s better to start in a slightly conservative manner: befriending him and giving him time to trust you (follow the point above).

Meet The Parents Rest assured, where most belonging to the mankind may get spooked out of their skins at the thought of you meeting their parents; Cancerian men are to be, more often than not, ecstatic about the prospects. Being conservative and home-loving in nature (as discussed in the point above), most Cancerian men develop an everlasting bond with their parents. However, if you feel that you two are not quite there yet, leave meeting his parents for later, lest you come off as possessed by some other-worldly creature, or too desperate. And should you choose to do it, and if he agrees, then treat his parents with the best of your smile and efforts to get along with them. Nothing is to please him more than the fact that you understand and cherish his concerns about his family.

Tread With Caution As we mentioned in the introduction, their moodiness, sentimental behaviour (often), and a need to cling to the past makes the need for you to tread with caution and not to go into dangerous waters. In the beginning, you may feel that her shield is up and that she is not as open as you are, but remember that it’s only because she is easily hurt and has been in the past. Don’t let your intrigue ruin it for the both of you. Work with a gentle and thoughtful approach and be relaxed; she will not slip into her ‘other side’ of the personality.

Suggest, Don’t Force Generally, Cancerians have quite a low tolerance to taking orders or input from others without getting angry or upset. This may put you off a little but don’t forget the point ‘Tread With Caution’. It’s only the beginning! Whenever your conversations lead to a point where you feel the need to let out your feelings, do it with caution. If there is anything you feel needs to be done by her, lay it on her gently: as a mere suggestion and not an order. Make her understand, not as your opinion, but as a popular opinion (like what would somebody else will do).

What Women Want That’s the ultimate question every man in the universe has been asking since the dawn of time. Things are no different when it comes to understanding a Cancerian woman; it is as much of task as it is in any other case. What needs to be done is really simple though, yet so tough—pay attention! If you can just do that in each of your conversation together the mystery will reveal itself as you come to know what she expects of you. Next time when you ask her ‘where do you want to go?’ or ‘what do you want to do?’, reflect back on your previous conversations (there will definitely be a cue in there somewhere). Just do whatever she asked, or suggested in the past. It’s a brilliant way to please her, and let her know that her chatting was not taken as jibber-jabber.

Keeping in mind all of the above, also remember that pretence will not take you anywhere. Show appreciation only if you actually do, for Cancerians are very shrewd observers and can easily tell when you’re not being genuine. And, never lead them into believing something you know will not work out in future; only feed them with honest information and that too with extra care. Happy dating!