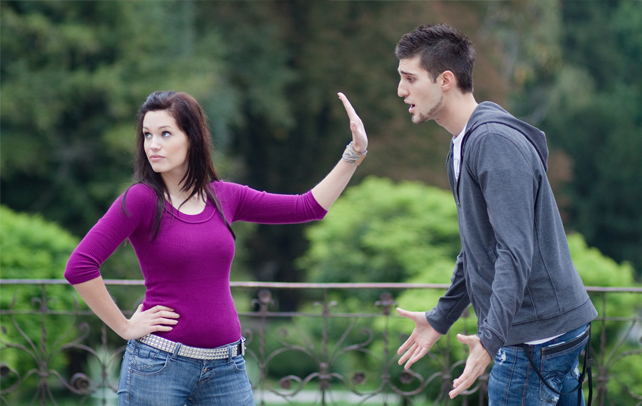 It’s inevitable to not get hurt in a relationship! And sometimes the more you—the boyfriend—try to avoid hurting anyone—the girlfriend—that’s exactly what happens. You didn’t plan it of course, but it has happened. Circumstances brought you to the situation and now you find yourself in a mess with your girlfriend. At the same time you are furious and hurt too. You feel it’s not your fault, and maybe that’s true as well. But wouldn’t it be better if you could do without all this and get back to the loving relationship just like the good old times? Of course it would! What’s stopping you then? Is your ego bigger than being back with the girl you love? More the time passes, difficult it is going to be. Don’t let it be the case. Go; go apologize to your girlfriend. Wait wait wait…! Don’t just do it for the sake of it; there’s a proper way to it. Continue reading and follow it.

Know What You’re Apologizing For

Playing the ‘I’m sorry’ tape on a loop mode isn’t going to get your apology accepted with the authority, i.e. your girlfriend. You ought to know what you are apologizing for. If you don’t already know which activity of yours hurt your girlfriend, then you should better ask her about it. It’s better to ask than to assume what it was because then in future, you will be able to, not repeat it again.

Take A Break Don’t go running off in the middle of an argument or fight. It will only add more fuel to her anger and will become even more difficult to gain an apology. But gently tell her that it will be better if you take a break off each other lest any of you end up saying something you or her will regret later. Cool it off and return to a less tensed situation after a few hours or the next day.

Admit It Was Your Fault It’s the hardest part: admitting that you did something to upset your loved one. Many a times you wouldn’t have, but still. Let her know that you understand how you caused a mess and hurt her feelings. Even if it isn’t you who is at fault; take the blame atleast for upsetting her and be ready to make up for it. If she’s anything you wanted in a girlfriend, rest assured, she will melt down as fast as she was infuriated.

Way To Apologize There’s no alternative for apologizing in person, where you both will be able to see each other’s reactions and expressions. Don’t do it through texting, calling, emailing, or giving a hand written letter unless of course, you have apologized in person. Save all of them for a later time as a follow up procedure. And don’t, ever, unbury the dead if there’s an argument. There’s no point digging the past; it will only worsen the situation and hurt you both.

Apologize With A Plan & Be A Man Don’t apologize just for the sake of it. You have made a mistake, so while apologizing, do it from heart and mean it. Apart from that, let her know of your future course of actions as to how you will take care of the problem and avoid it from being repeated again. Also, she’ll probably be overwhelmed with emotions: hurt and maybe crying. Be a man and take care of it: calm her down and restore her down to normal. Take care of yourself while doing all this.

Make Up For It And it doesn’t just end at apologizing. You have to make up for the hurt you caused or whatever upset her. Take her out on a full fledge date, the way you treated her on your best date together. Greet her first with a bouquet of her favourite flowers and some chocolates; go for a dinner together at her favourite restaurant or some quiet place, give a hand written letter with your feeling poured into it, and gently lean in to kiss her. In short, treat her the way you treated her at your first date: like a princess.

You will do a lot of good, to both of you, by sticking to the above points and apologizing to your girlfriend in a tactful manner. But most of all; try to learn from them and don’t repeat them in future.