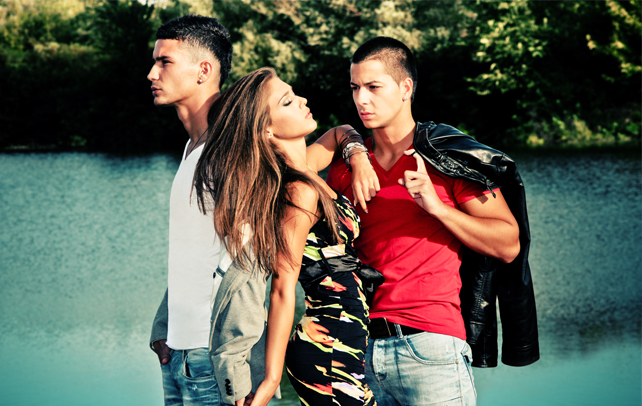 Here’s the thing with relationships – you never know! One moment life is all hunky dory and in the very next, everything may be flying off the handle. One moment the sun is shining bright and warm on your face and in the very next, thunderous clouds start to appear, ready to drench you wet till the nail of the toe. If your relationship with your wife has started to move from the former moments to the latter and you think she may be cheating on you then we suggest you to reflect on some things. We won’t make it worse by mentioning the probable causes of why it happened in the first place. But, what we will do is help you along by putting in our expertise and find out if the thing you actually fear is anything to fear about. Remember, sometimes the thunderous clouds only appear so, and actually go on to shower their wrath elsewhere. Below, we have mentioned some signs that should help you decide if your wife is cheating. On your part, you just have to be open-minded and weigh both the outcomes equally.

Signs Your Wife Is Cheating

Mellow Version 1.0 It’s a thing to worry about, if, since your marriage, she has been scolding you for the littlest of things and now has stopped all of a sudden even though nothing much has changed at your end. This may mean that she may be getting angry at someone else, and that someone else might also be getting the best of her behaviour.

Content Version 1.0 Again, it is just one of those things. However, like the above, this one too is based on the past as it on present. If your wife has suddenly lost out on that nagging ability to appear needy: wanting things or your company for the smallest of things, then chances are that someone else might have stepped into your role and is fulfilling it with finesse.

Sex Excuses; Not Now Honey Think about how your sex life has been all this time of your married life? If, at present, it’s not as enjoyable and regular as it used to be in the past, then it is a worrying sign. And especially if you are ever persistent on doing it and she keeps on making excuses so as to get out of the situation. Alarming, it is for sure.

Secretive Behaviour Signs of missing wife are often the signs of a cheating wife. If she displays unusually secretive behaviour on her part, like going to another room when her cell phone rings, shutting down the computer the moment you walk in on her, deleting browser history more often than needed, going on too many girl’s night out, and the likes.

Wardrobe Overload Women love shopping, it’s an established fact. But if your wife appears to be in a new outfit every other day, the style – probably a tad more revealing or accentuating her features – which she has never tried before, then the possibility that she is trying to enchant a person other than you can’t be ruled out.

Furious Fights It’s often the extremes that are often the most worrisome. While the first was she being mellow, the other automatically is she being furious. If your wife tries to pick up fights with you over every little thing and storms out of the house then again, the possibility that she may be doing it on purpose, to fulfil someone else’s, can’t be overlooked.

ATM & Credit Alert Yes, if she is cheating then it is very likely that your credit card statements and low balance in your account would reflect the same. When asked she may say that she needed all those things or whatever, but if you can’t see a justification for all the purchases then it is definitely one of the jarring signs that she may be cheating on you.

Ungodly Work Hours Again, if you have got a working wife who is coming back home late than usual, then it is a troublesome thought. However, with the cut throat competition these days, organizations are sometimes required to work extra hard. But, if she constantly stays late at office at the most unnatural hours, weekends included, suspicions are sure to arise.

Flirts Openly Just as some are overly secretive, others are more open about their change in behaviour. It stems from the psychological fact if she does it openly then at least you will think that she has the audacity to flirt in front of you, leading you to think that she may after all be, dedicated and loving and doing it just for the sake of leg pulling or fun.

Need More Space It is that masterful excuse that works like a charm. Telling you ‘I need some space or need to be alone with my thoughts for a while’ is a perfect undercover of an affair, while on the outside, you may keep thinking that she is bit stressed out because of work and all. Truth may be far from what it seems.

Not that we are trying to put ideas in your head or anything, but all of the above points are as true as they are false. So, try not to jump to conclusions. None of it is an absolute truth, but is merely there to help you out. If you are to further dive into the matter, our advice would be to tread with caution: not take anything on face value but allow her to explain things as they are.