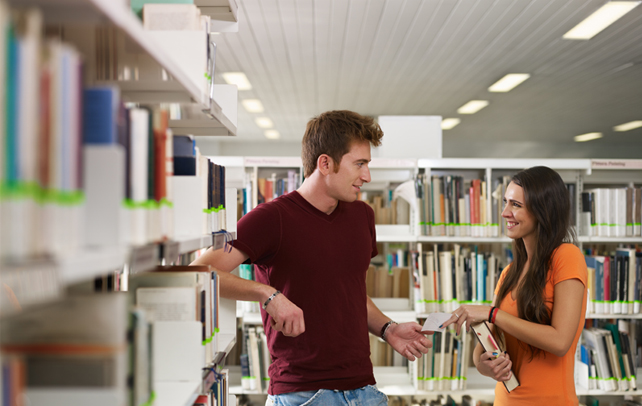 So, you think you’ve met the kind of guy you’ve longed to be with, but nothing seems to work out between the two of you. Not that you guys have any differences between yourself, it is just the fact that he is too shy to ask you out for a date. Don’t crack your head for this simple problem, as you can work it out easily. Just because it is scary, nerve-racking or intimidating for him to ask you out does not mean that it could never happen. Guys mature into men in numerous ways and one of them is through their relationship with women. In such cases, it is the woman who plays a dominating role in directing a man to shed off his coyness and say his heart out. By doing little things, you will not only boost his self-confidence but also make him comfortable with you, with others and in unknown places. Also, once he gets in his skin, it would be normal for him to step out of his introvert zone and ask you out. In short, to make a sky guy ask you for date, it is you (and not he) who needs to take the effort. With the help of a few tips and ideas, get the ball rolling and in no time, you guys could be on the rocks!

How To Get A Shy Guy To Ask You Out

Dress Up Discretionally Before you make a move to shed off his shyness, look at yourself keenly at the mirror. Do you look approachable? Do you have a loud sense of dressing? Are your clothes decent enough or revealing? Whatever be the case, if you want a guy to approach you for a date, make sure that you look sociable and friendly, for initially, it is mostly the look that matters. A loud makeup coupled with a stringy outfit can send out bold signals, which might deter any guy, leave alone shy guys, from asking you out. As for the purity ring, make sure you wear it in the right finger so as to send correct signals to the person.

Amicable Body Language Body language conveys 80 percent of the conversation. So, even if you choose your words well before you speak, if your body language isn’t convincing enough, you might lose the opportunity to have your Mr. Shy to ask you out. Wondering as to what is body language? It is the way your body responds and reacts to situations, conversations and words. For example, sitting with your legs crossed over sends signals that you aren’t interested in a conversation, a plain face with no smile is also a turn off, no eye contact while talking is discouraging and sends ‘not-interested’ vibes to people. So, to make anyone come over to you with a proposal, make sure that your body language is correct.

Conversation Starters! Now that you have done your homework and are prepared to make that guy shed his introvert nature, it is time to be a conversation starter for him. Most of the times, it is the starting of the conversation that seems tough for a person who is shy. If your meetings are restricted to “hello” and “bye”, and you are waiting for him to get into the skin and initiate a conversation, know that the wait would be an eternal one. Instead, strike up small conversations with him such as talking about weather, news, a new movie released, favourite cuisine, college days and so on. Try the humor way as it might help the two of you to get to a good start.

Cues and Hints Shy men are nervous when amidst women, but the anxiety goes on to a far different level when it comes to talking to a woman they are interested in. Sometimes, the situation can be as worse as having half-coherent and incomprehensible answers from the person, while in a conversation, as he is so overwhelmed with the idea of talking to ‘the person’ (in this case, you) he is interested in. So, dropping in a hint or cue can help bring down his anxiety level so much so that he gets the nerve to ask you out. You need to understand that most shy people lack the confidence and courage to risk the embarrassment of rejection or a verbal confrontation. With you giving him a hint of your feelings can make him comfortable and who knows, he might even ask you formally for a date? Some ways you can go about are holding the eye contact for a second longer than necessary, tossing your hair over his shoulder, giving him that convincing smile and the like. So, go ahead and crack it up!

Sincerity Pays Sincerity always works. Only because he is an introvert and reserved guy, it doesn’t mean that you can fool around with him, play with him according to your whims and fancies and then leave him astray. This would do him more harm than good and who knows, he would never be able to shed his reclusive nature at all. Only if you are genuinely interested in him, work your way through him. Take care to get to know his hobbies and interests. Ask open ended questions about him and be a good listener when he answers. These little gestures would help you get to know him better. And when you have reached a stage where he gets comfortable with you, measure his feelings. Be sincere to him for pretence does not work!

Question of Patience Agreed, he is as slow as a snail, but if you are convinced that he is the man you are looking for, don’t run out of your patience. It takes time for a guy to ask a girl out, and if he is the shy types the time may double. So, sit back and let the guy get into the skin and relax himself while in your presence. He’ll take time to understand the fact that you are interested in him. Once he does, he would definitely have the courage to ask you out; and when that happens, these waiting moments would seem to be the sweetest that you spent in your life!