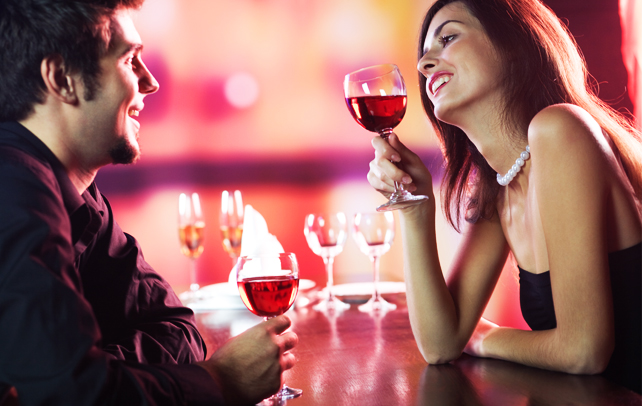 The school of communication has several times stated the importance of body language in conversation as a very effective tool. These non verbal cues bring the desired outcomes many a times whereas sometimes they lead to a high level of misunderstanding. It’s really an art to convey the right message in a right manner to the right person and of course at the right time. Nearly 55% of the message is communicated through body language but still there is a dilemma among youth about the signals that they should use to convey their feelings to their potential soulmate. Flirting with the opposite sex is the most common question among the new generation. First thing first: do flirt but combine it with an intention of looking for a concrete relationship in the future.

Make Eye Contact As often said by poets, eyes are the smartest communicator of your feelings. Understand their importance and utilize them in the right manner by making eye contact with the person you are flirting. Eye contact would not only indicate self-confidence on your part but would also help you observe whether the recipient is responding in the same manner or not.

Accidental Touches Women are bestowed with the capability to gauge the intention behind the touch. Utilize it to its fullest. Make occasional touches at your partner’s arms. Make sure that touches should be casual and friendly and not the ones signalling anything wrong and abusive. Many times girls use this technique to indicate their interest. So next time when you find a girl making inadvertent touches, you are definitely in!

Communicate By Gesture When people get attracted to other sex they manifest it in very different kind of gestures. It goes true for males as well as for females. Males make postures which depict their masculinity. They tend to stand in a position of straightened back, contracted belly and extended chest. They are also found to be excessively conscious about their appearance and attire. On the other hand, women tend to caress their neck and/or stroke their hairs slowly grabbing your attention. She also passes invitation of romantic involvement by tilting her head at one of the shoulders. Take note of these gestures and initiate/respond to the signals coming from the other side.

Gather Attention A simple yet effective tip to flirting is to grab the attention using your body language. When you say ‘yes’ which you wouldn’t have otherwise, it grabs the attention. Reversely, when your partner tries to grab your attention by different tactics then s/he is flirting with you. Come on, now it’s your turn to embrace your partner with adequate responses. This may even include reading a piece of news in the library, standing innocently next to your partner and uttering words as cutely as possible for her/him.

Enter into Intimate Zone There are some people who receive an unsaid permission to stand in close proximity to us whereas closeness with some others prompts us to repel. Usually our close friends, family members, and beloved stay within 18 inches or 50 centimetres from us. In order to convey your feelings enter into your partner’s intimate zone. This would be a strong sign of your interest in her/him. Gradually, your partner would accept your presence in the intimate zone and would respond if s/he also shares the same feelings for you. But if not then there would be a resistance from the other person’s side. Be prepared for such a situation also.

Little Whispering Yes, go for it. Lean forward and speak something softly and slowly in your partner’s ears. S/he loves it. Initially you can start off with leaning forward as if you were saying something very serious and crack a joke then and there. It would make your partner comfortable with you and would help you come close to her/him. If you find someone trying to come close to you and whispering, surely the person is interested. So, be ready with the appropriate response.

Play With Hair Men and women equally have reflected this action as a strong indicator of flirting. In order to reflect the interest, women flick their hair, try to settle them, and tuck and untie them to gain the attention. Men have also shown similar behaviour patting their hair now and then consciously or subconsciously.

To sum up, body language helps you express yourself better than words. When it comes to flirting, it becomes importance to strike a balance among your feelings, words, and what your body language reflects. A disconnect among them would make the other person confused about your intentions.