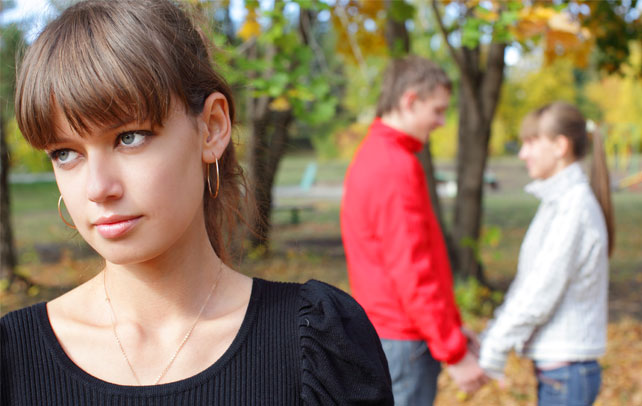 Guy 1, upon seeing a pretty woman sitting alone at the bar, moved over to make a move. ‘Hey,’ he said. The woman just gave a glance and then continued her indulgence with the Shirley temple. “Name is Daniel Crowe. Saw you sitting alone and thought maybe you’d be interested in a decent conversation? Just to give you company, you know”, he said again. Out came the flaming arrow—“Fly off Mr. Crowe and land elsewhere”, said the pretty woman with a brutish force. With that fiery remark, guy went off mumbling to himself in hushed tones and looking rather down.

Guy 2, upon seeing a gorgeous blonde at the bar partying around with her friends, moved over to make a move. He said, “Hello, would you like to have a little dance with me miss?” hoping she’d tell him her name. “Oh, not tonight honey, I’m sorry I’ve got an aching leg”, came the remark and they all began laughing. The guy smiled gently and said “It is alright, I’ll be at the bar if you change your mind somehow. You have a good time!” With that confident closing statement and smile, he left the scene and got engaged elsewhere.

Noticed the difference? While the former took it to the heart, the latter gently waved being-rejected off and moved forward. Being rejected by someone you find interesting is a common thing, it happens to every other guy, and girl; and it’s not a big deal. It’s as big a mountain as you make it to be. Don’t be disheartened! It’s not the end of the world. Opportunities will present themselves often and sooner or later, one is going to stick with you for good. For the time being, read the next section and learn how to deal with rejection.

How To Deal With Rejection

Don’t Take It Personally First and foremost, try not to take it personally. Many a times the rejection has nothing to do with you and may just be the prevalent mood (apparently not good for whatever reasons) because of which the person waved you off. Don’t take this to your heart. You did your best in trying to make the first move, give yourself credit for that. Not many would have done that and would have stood by merely fantasizing from a distance.

Don’t Think About Getting Even When rejected, it’s almost certain that your ego may have been hurt. But, the decent thing to do at that time is not to shove off your original feelings in the face of the person who mouthed you off. Instead of what the first guy did, do what the second one did. By doing this, if anything, you will increase your chances of being approached by someone else who noticed you.

Don’t Fall into Self Pity Refrain from falling into a mental state filled with regret and self pity, wondering why it is that you got rejected, from which it will become difficult to get out of. There’s nothing wrong with you. Say that directed towards you, “There’s nothing wrong with me”. Enjoy the singlehood and daringly continue to hit on girls or guys. Believe in yourself and it will all come across automatically, giving all the right signals to the interested ones.

Think & Reflect If rejections continue for a prolonged period then you may start to worry a little bit, but don’t panic. For the time being, withdraw yourself from the scene; think hard about what you had said, or how your conversations went with different persons who rejected you. Give a good deal of thought into it and reflect what you may have been doing wrong. Consult a good friend if you may. Find out what is it that is ruining your chances and get better at it, or shun it altogether. Get on the scene and try again!

Though not mentioned, but there’s a third guy category as well. This guy, upon asking a girl for a dance or striking up a conversation succeeds in extracting a date or two out of her before being rejected. Again, this sort of behaviour is not to be taken to the heart. Think of it this way—what a pretence it would have been if the girl still continued to go out with you half-heartedly even when she didn’t find what she was looking for. Sometime, you may have been, or will be on the other side of the hedge as well.