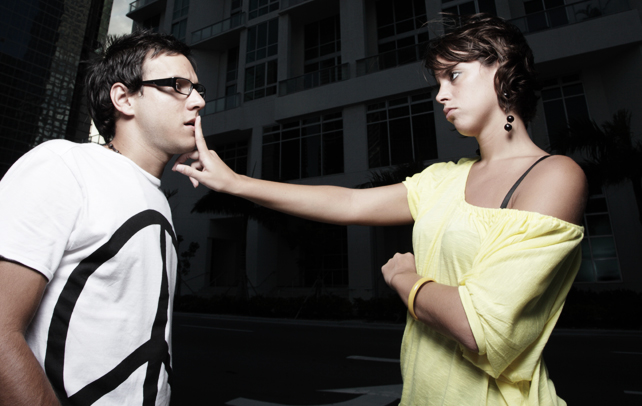 Even the thought of a break-up can be a troubling one so you can imagine how daunting it will be if you were to go through it. Having a break-up with a person, your boyfriend in this case, can be an overwhelming feeling, and not a positive one. A lot of what happens over the period of relationship leaves an indelible mark on the psyche—the love, the safety, the feeling of being understood, and being a half of the whole—all of which surfaces up at the time when things are about to end. If you have ever been dumped by someone, none of the words we say will come even close to describing the pain. So, think of it hard before ending things with your current. Feel what nightmare it’s going to be for him before ripping off the bandage. But ripping it right off is what you have to do. It’s for the sake of good of both of you. Be gentle though, and loving, till the very end. Let it all end on good terms, reminding him and you in future that, whatever you had was good. Continue reading to know how to do it.

Breaking Up With Your Boyfriend

Be Sure Problems arise in every relationship. It’s not a cakewalk! Before actually breaking it up with him, be sure of whatever reasons you have given to yourself. Is there anything in particular that he can work upon to make you happy or is it something beyond his and your control? Think about if you see a happy future together. Only after giving everything a good thought you should proceed forward with the idea of a break-up.

Tell Him Yourself If you have finally decided to proceed with the idea of a break-up, at least have the decency to tell him yourself, in person, rather than through email, text, or instant messaging. Also, if you have discussed over the issue with any friend of yours, make sure it’s a friend you are able to trust and that your friend will not blurt out the decision to your guy before you do. There’s nothing more disheartening and hurtful than to hear about your own break-up from somebody else.

Break It Gently It’s obvious that if you two haven’t thought about parting before, the news will come to him with quite a jolt. Make sure you are not cruel in breaking up the news to him and that you do it with due concern for his feelings. After all you loved him once and may still do, but the circumstances have brought you to choose this. Let him know that you are not happy and in future you don’t see how you could both be. And don’t start peeling off old wounds; it will hurt even more. Have a good attitude about it but don’t make it seem like it’s all you wanted.

No Going Back The decision is out. He has heard it and now there’s no going back for you. There is a good chance that his overflowing emotions will get the better of him and he will start suggesting options other than break-up like, taking a break, trying again, and all. Don’t give in to his emotions but try to calm him down. Assure him that it’s best for the both of you and that he should find a girl who will love him in the same way as he will love her. Try to go on good terms rather than becoming enemies.

End It All the Way The sooner you end all ties with him, the better it will be for the both of you, and sooner, you both will be able to accept the fact that it’s over and move on. Probably he will try to contact you through texts, calls, emails, friends, or maybe showing up in person. Be strong! It’s a decision you had taken even before you announced it and know that going back will be a risk not worth taking. Avoid all communications with the guy, take care of yourself, and slowly you both will be able to get a hang of your emotions.

Follow Up The break-up is not over yet; it will go on forever and has some rules to stick to. It’s good that you are finally over the hurt and want to move on, but don’t hurt him by getting involved with his friends, or cousins. It’s an absolute no-no and will hurt the guy more than the break-up ever did. Later in some probable period, don’t offer to remain friends with him. It will only open up a door, getting out of which will be even more of a frightening task.

There’s no good in holding a hurt for too long a period. Do it the right way to make things easier for the both of you.