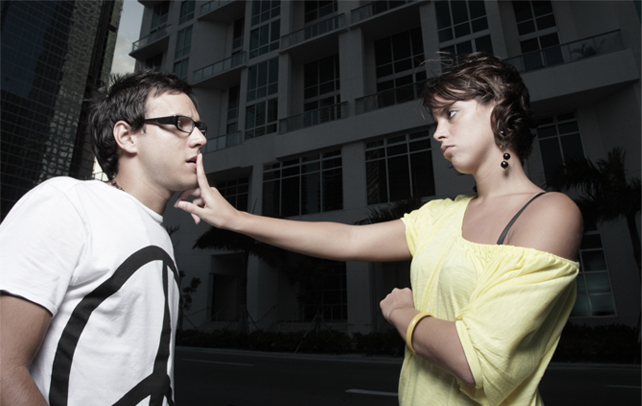 It hurts, to the point of silent agony, on learning that, the girl you once thought of marrying someday and have a family, isn’t the right one for you. It’s like waking up from a beautiful dream and wishing why it couldn’t have lasted. But reality is bitter truth. It doesn’t always turn out the way you want it to. The dream leaves a lingering effect, no matter how hard you may try to shake it off. It stays. But life has to go on. And for it to go on, sometimes, hard decisions have to be taken. And if you have decided to take one, we respect it and won’t delve into whatever your reasons may be. However, there are a few things we would like you to go through and remember so the pain doesn’t keep your company for long and that the sun shines up pretty soon in yours and your girlfriend’s life.

How To Breakup With Your Girlfriend

Break The News Yourself The worst thing that can happen, unintentionally of course, is that your girlfriend comes to know about the break-up from a common or some other friend of yours in whom you may have confided. Don’t let this happen! Nothing will hurt her more than this fact. If you have decided to break-up with her then don’t let anyone else hear about the news, before you sort things out with her. Break this news to her yourself rather than some third person doing it.

Do It In Person The next worst thing you can do to her and yourself is by breaking up with her via telephone, cell phone, or emails. If you have decided then atleast gather the courage to face her and breakup with her in person. It’s not a petty issue that can be resolved over the likes of instant messaging, emailing, or texting. It’s a serious one and demands your physical presence. However, have the courtesy to do it someplace private and not in front of a crowd.

Make It Quick It’s going to hurt! There’s not much you can do about it. The best you can do in this situation is not to prolong the breakup and get over with it quickly, albeit gently. If you are hundred percent sure in your mind that it’s not going to work out between you two then it will be a near crime if you allow your affair to linger.

Reason There has to be a reason, and a valid one at that, as to why it’s not working out between you two. Don’t just breakup with her on account of being bored. Don’t just keep saying to her “it’s not working anymore” over and over again. However, refrain from diving into the history and picking up what might have caused the wound. And absolutely don’t place the blame on her or any third person for your reasons to breakup with her. Let her know that the decision to let go is equally hurtful to you too.

Deal With Emotions There will be a lot of them, and probably all over the place. She may deny it outright, be angry about it, may try to bargain and demand some conclusion other than breakup (like spending few days apart), may go into depression, or may accept it naturally if she feels the same. Be there for her at that moment and take care of her till she gains her senses after you break the news.

Don’t Change Your Mind There’s no going back if you have taken the step. If you do, know that in future, at some point of time, the same feelings may surface up again and breaking up then will be even more difficult and hurtful. If she hasn’t accepted the news well, she’ll try to contact you for a few days. You will have to be a little hard on yourself and to her in avoiding all the ways of communication with her. Eventually, she will begin to accept and both of you will be free from each other, laying ground work for moving on.

All said; it’s going to be harder than it sounds, but for the sake of her and yourself; shortening the discomfort period, it has to be done rather in a jiffy. And most important thing of all, forgive yourself afterwards and try to move on.