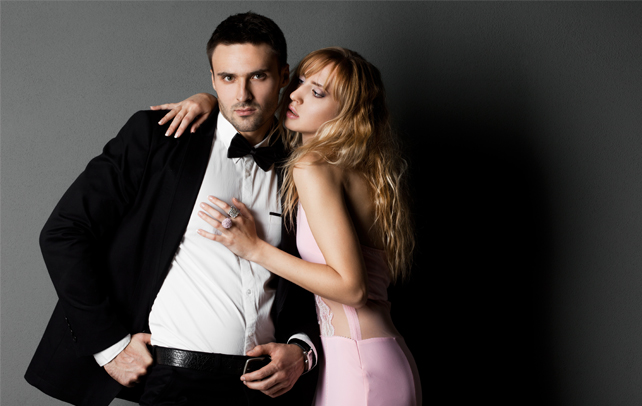 Did you find that greenish blue shirt of your boyfriend nice on him, but having difficulty expressing it? You are not alone, believe it! There are several people on this planet who just don’t find the appropriate way to compliment a guy. Whether it’s about your boyfriend, a male friend, colleague, or your spouse; many times you can not utter appreciating comments with a fear of his reaction and rejection. There are people very good at communication but when it comes to praising men, they become tongue tied. Well, it’s not really a big problem! With a series of efforts and an extra care, you can overcome the difficulty in communicating good words to male companions. Here we have enlisted some tried and tested ways to compliment guys. Just use them and impress the guys around you with the remarkable words. Here it goes.

Don’t Be Fake This is what the guy expects from you at least. If you do not find anything very tremendous or appealing in the personality of the guy before you, better not to embrace him with fancy compliments. It would be seen as absolute flattery, so we recommend strict No-No for it. Flimsiness of your compliment will be noticed very easily and in that case the guy may take it to his heart and your genuineness will be under question. So be genuine, give compliments for his original virtues which make him delighted.

Keep it Short & Precise Remember! You are not supposed to write an essay on ‘ideal men’. Also, it’s just a part of conversation, not the conversation itself. So, make it short, precise, and sweet. Make a compliment and then move on. Do not continue to talk about the same thing which you like the most in his personality. He’ll get bored and would keep himself away from you.

Wear a Smile Smiling face is itself an acceptance for its eyewitness. When you make a compliment, back it with a smile on your face. Mind it! Smile should be genuine not the fake one. Fake smile comes and vanishes easily, making no change in your facial expressions. However, a genuine smile brings spark in your eyes and lasts longer with a glow on your face. Anyone can easily find whether you are smiling from your heart or is it just to show the courtesy.

Find Distinct Aspect of His Personality How many times can you laugh at the same joke? Or, how many times can you boast up of your old car? Not forever! In the same manner, he will also find it boring when you will keep on appreciating the same aspects of his personality everyday. It also goes true for the talents one has. If you compliment a guy for his dancing skills, which is often hidden behind his singing talent, it will make an impact on him. He’ll appreciate you for recognizing what others failed to unveil other than thanking you for making his day.

Compliment Indirectly Many a times you should be diplomatic while complimenting a guy. Also, many a times it’s foolishness to compliment on small things. In such case take the help of indirect compliments. For example, if both of you like vanilla flavoured ice-cream. Appreciate his choice by showing acceptance.

Do Not Make Bodily Compliments in Excess Again, a red alert situation! Do not overdo comments on his eyes, lips, body structure, and muscles. It’s fine to make such compliments once or twice but when you make a habit of making such compliments, it’s not considered as good. It seems vulgar as well as unaccepted from civilised individuals.

Instil Emotions Though men are usually characterised by manly qualities of strength and stiffness, but actually they are also imbibed with a hunger for feelings and emotions. When you peep into his personality and make a compliment with emotional touch, he feels embraced and at the height of this world. Especially, comments like ‘you have set an example for your family members!’ would give him never ending delight. Remember, it’s the compliment they just love to hear and keep it close to their heart.

Complimenting does not take much of your efforts but makes the other person delighted. Compliment your guy, but remember excess of everything is bad.