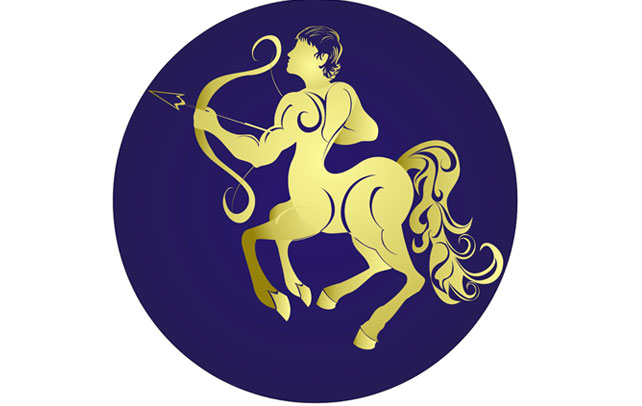 It’s a tricky business this, dating! One can easily lose sight of the ultimate when the appearance outshines everything else. It is at times like these that one wishes that if something meatier about the dating partner could be known, the chances of the outings, and relationship, might turn out all for the better. But one can’t blow the magic bugle and turn outright psychic. It is at times like these that what is previously known but has somehow lost into the fog, makes itself visible again, courtesy – zodiac signs. For long, zodiac signs and the information thereof, which has been traditionally established, has been helping the lost in their endeavour of soul searching. Those who believe in it believe it to be pretty strong; and those who wonder what mysteries the alignment of stars could possibly hold, might as well give it a shot. If Sagittarius (November 23-December 21) is the zodiac sign of the person concerned, then on a general principle he/she is likely to be optimistic, independent, bright and breezy, often blunt but honest, intellectual, and dripping with the philosophical. Considering all this, and the traits that will follow in the next section, you must remember that there is a certain way of grasping their unwavering attention. And if you want your date, whether first or any numbered, to go well and the relationship to move forward; we advise you to continue reading.

Be Open To Adventures A need for adventure and a sense to explore the new is inbuilt in Sagittarius men. Frequent changes don’t bother them much; rather, it’s the monotonous routine that tires them out, eventually the need for the above rocketing sky high. On your next date and subsequent dates, try accommodating some sort of adventure or fun rather than replicating the traditional. Go to places and do the things none of you has visited or done before. The excitement will bring out the best in him, leading to a great time together.

Tolerance & Tackling Nobody is perfect and Sagittarian men are no exception!  A good threshold for tolerance will be required along with an ability to tackle the minor glitches. Sometimes, he may give out a feeling that he is emotionally detached to the core but that will not be the case; they will be letting out the truth, no matter how painful, sooner or later. It’s because Sagittarians look at the big picture, often forgetting the present. Initially, his lack of commitment may hurt a little, but it’s only because he is in search of something bigger and doesn’t like to be backed down.

Be Mysterious When dating Sagittarian men, always bear in mind to play the black magic woman. Don’t reveal everything there is to know about you but move ahead at a snail’s pace, so to speak. It will greatly help if he starts to think of you as a mystery; it will definitely intrigue him more than anything else and will attract him to pursue you. Then as you move forward together, reveal your cards gradually.

Don’t Tame Independence & Freedom It is often the case that decisions and choices made by Sagittarius women depend a lot on how much freedom and independence they get out of them. It’s possible, that she might refuse to go on further dates or get committed if she senses even a little that the relationship bog her down and pull her back. Give her enough space and try not to tie her down with restrictions; she may completely detach if the situation makes her feel neck deep in water. Put forth your opinion but don’t shy away from supporting.

Entertain The Friend She is your date alright, but first, be friends with her, and a good one at that. Sagittarius women are generally considered as excellent friends because of their optimism and encouraging nature. Even on your date, engage her as you would normally confide in your best friend. You date will definitely go out of her way to make you feel happy and at peace again, without expecting anything in return. There will be no better feeling if you are able to discover a best friend in your date: your possible partner in future.

Be Spontaneous Just as Sagittarian men are adventure loving kind, women too, are as much of explorers of the unknown, untried, and unchartered territory. Being spontaneous with her is the best way to go about it. She, like most other Sagittarian women, is likely to possess a liking for the spur of the moment thing, and is even more likely to say yes. Try new restaurants, take short trips, and surprise her in any way you think is apt; you’ll get to see how much fun she can be.

Humour The Bone Sagittarians, by nature, are jovial and good humoured people. They love to have a laugh every now and then, and though their sense of humour often is a reflection of the raw truth, they mean no harm and only speak their mind.

Indulge The Intellect They are also philosophical and quite intellectual; striving for knowledge. On your date, don’t be a dumbo or a bimbo, but try and engage them with intellectually infused conversations. It will open the possibility of many future dates.

Keeping the general traits that come to Sagittarius people naturally, if you can put in a little effort yourself to deal with their perfections and tackle their flaws, then dating them will be a breezy affair.