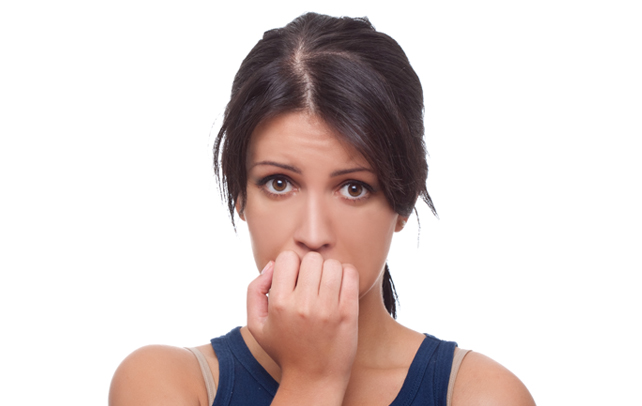 Yes, there are signs. Signs which reveal the hidden feelings of a man that are closely guarded and covered under sheets of normalcy. Men are introvert when it comes to expressing their feelings and emotions. And when it is about love, they take forever to say out loud the ‘L’ word. Period. But just because your man hasn’t said it to you verbally, loud and clear, it doesn’t mean that he feels nothing for you. There are many subconscious things that guys do, when in love, that are almost impossible to hide. All you need to do is check for them. If you find your guy revealing to you all of the below mentioned signs and signals or at least most of them, rest assured that he is head over heels in love with you. Just give him some time and clues from your end too, and in no time, he’ll be confessing it all out to you.

How Do You Know If A Man Loves You

Check for his Body Language So what, if he does not say it in so many words, check for his body language and you’ll be able to trace his feelings for you in no time. Some of the sure shot giveaways are his body leans towards you, he grooms himself when you are around, he rarely turns his back towards you, he points his shoulder and pelvis towards you while sitting and he gazes at you more than often.

Eyes - Windows of the Heart When a man is in love, it is his eyes which do the talking. If he constantly gazes at you or maintains an eye contact which is a fraction of a second longer than usual or if suddenly shies away when you look at him directly in his eyes, know that he definitely has his heart fluttering with you around. What’s more, if his eyes sparkle with happiness upon seeing you, you’ve definitely made an impression on him!

Happen To Be Around If you constantly spot him everywhere you go, be it a shopping complex or a coffee joint or even a rock concert, it may be that he is looking for opportunities to bump into you. Don’t get offended. He isn’t trying to invade your personal space. Poor guy, he’s just making an effort to catch up with you as much as possible (because he loves you).

Constantly Connected If he is constantly connected with you through phone calls, chat rooms, sms, emails, instant messages and likewise, you definitely hold a special place in his heart, for no man, unless he is truly interested or in love, would be in constant contact. You need to understand that there are numerous things that are competing for his time but all that he is spending it on is YOU!

Being Playful or Mischievous Don’t be turned off by his mischievous ways and friendly teasing. He is just trying to win your attention using humor and wit. Underneath covered, is his love for you. The teasing is a friendly way of flirting with you. Just check on if he follows the suit with everyone or is it just you? If it’s the former option, then this maybe his modus operandi for flirting with girls, but if it is just you, then definitely there is more to those teasing remarks and gestures.

Investing in You This is a total give away sign. If a guy is investing his time, energy, money and effort in you, it is likely that you are the only one who is on his mind. He has ruled out possibilities of being with friends, is paying attention to every detail of yours, doing you favors, spending more than required time with you, doing anything that is more than what is expected of him, and buying you expensive stuffs and likes.

He’s Different Sure, guys and girls are different when they are with family, with close buddies or with same sex friends. But, the change isn’t a drastic one. However, when it comes to being with that special someone, there automatically is a difference which is quite identifiable. Look if he is different when you are around, like he may turn quieter or more talkative, he might be nervous and shy or totally cool, he may get serious or funny. Whatever it is, it is a fact that he is not 100% natural and that he might like you which is why he is trying to impress you.

Friends or Informers When a guy is in love, it is his friends who do the talking more than him. Open your ears and widen your eyes to look for cues. Some of the common gestures that friends follow are they tease him when you are around, they give you hints and clues which reveals his liking for you, they try to find out your feelings for him, they smirk more than often when the two of you are in company and so on.

Future Prospects Suddenly, future seems to be the only concern for your guy. He not only discusses his future plans, be it his career moves or his relocation plan, but yours too, like what do you intend to take up as a career option, and where do you see yourself or do you want to relocate and so on. Whenever your guy discusses where he sees himself a few years down the line, it actually means he’s trying to gauge whether you see yourself with him too or not.

The ‘Special’ Factor Does he go that extra mile just to get you that candy you wished to taste? Is he over protective of you? Does he treat you differently than others? Do you feel special when he’s around? Does he pay attention to everything that you say? If the answer to the aforementioned questions is yes, then it is likely that you have made the guy go weak in the knees.

The Touch! Even when there is no reason and he doesn’t really have to, he still touches you. It maybe accidentally or subconsciously, but there is some kind of physical contact that he tries to maintain with you. It could be a playful punch, or a tap on the shoulder or even brushing of the leg. Whatever it is, the touch remains there and lightens him up. A dead give away!