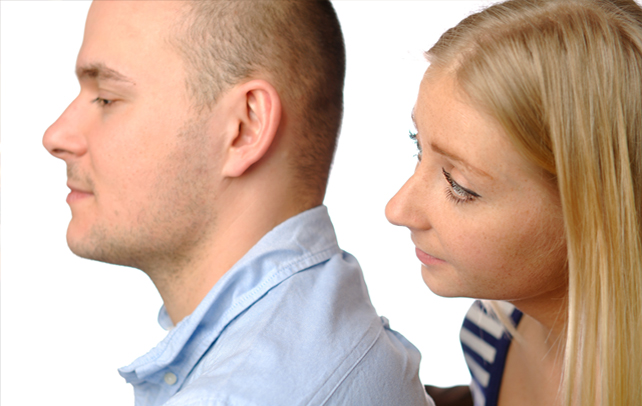 Women may be difficult characters, but it is the men who are really hard to woo after a nail-biting fight. During a fight, there are countless possibilities of a woman or a man getting hurt emotionally. It is not about who apologizes first or who doesn’t, it is about how a person apologizes or whether they actually mean it. When couples are in a heated argument, there are certain things that may slip from the tongue and are not meant to be told. In this situation, it is not the silence that is going to set things right, neither will the time heal. A quick action or quick thinking on your part might actually salvage the disaster and save you from a potential fight or breakup later. There may be limitless reasons for a woman to apologize to her boyfriend—from philandering with another man to uncouth behavior or harsh words. Either way, a few essential ground rules have to be understood before taking that big, apologetic leap. In order to avoid landing in that ‘sticky spot’, it is necessary to gauge your mistake and begin by taking these steps that could make your boyfriend forgive you.

Steps To Apologize To Your Boyfriend Initial Steps

There is nothing worse than a broken heart, especially if you are responsible for it. However, there is nothing healthier than apologizing for your mistakes from the bottom of your heart. Admitting your fault is in itself a gigantic task, and it has never been easy to own up for your mistakes. You will have to remember though that this is the case of your relationship with a wonderful boy. If you have made mistakes, then there should not be any problem in admitting it. Once you have put across your apology, don’t try to re-open old wounds and memories. Shut the chapter out of your life once and for all, and overcome it with your boyfriend. After all, it is these fights that make a relationship healthier and stronger.